Within the purpose of creating his own artistic speech, Cruz-Diez drifted apart from the traditional techniques he learnt at the School of Fine Arts in Caracas. Instead of using the “hand of the artist,” the different impression techniques, from serigraphy to contemporary digital technologies, were his main allies on the quest to new ways of approaching color.

In that path of thought and research, the bi-dimensional artwork was a fundamental tool to Cruz-Diez for understanding the behavior of color and structure within his own speech. 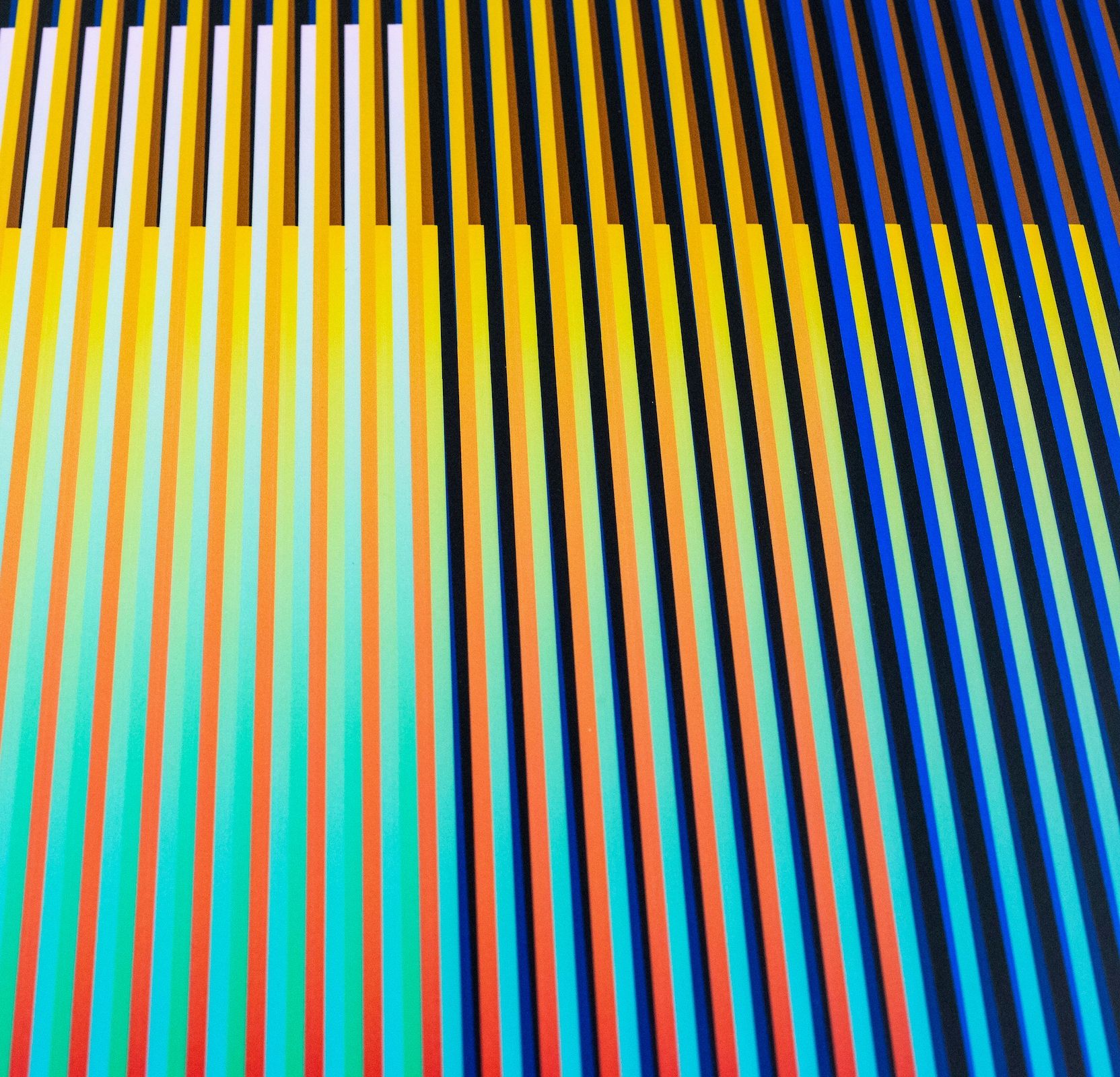 This work is based on the irradiation of color; that is, on the demonstrable fact that when two color planes come into contact with each other, a darker virtual line appears in the contact zone. By isolating that contact zone, Cruz-Diez generates his Modules d’événnement chromatique (Chromatic Event Modules) that contribute to the appearance of new shades of color that are not on the plane and can vary according to the source of light and the distance and movement of the viewer.

"I use colors based on their effectiveness; I choose colors that conflict with one another producing a more powerfull and noticeable effect of changing colors."

Cruz-Diez developed two essential studies on his flat pieces: The Additive Color and the Chromatic Induction. In both, he manages to produce colors that are not in the core and that are constantly appearing and disappearing according the interaction of the viewer, the distance, the angle in which it is stared and the intensity of the lighting. 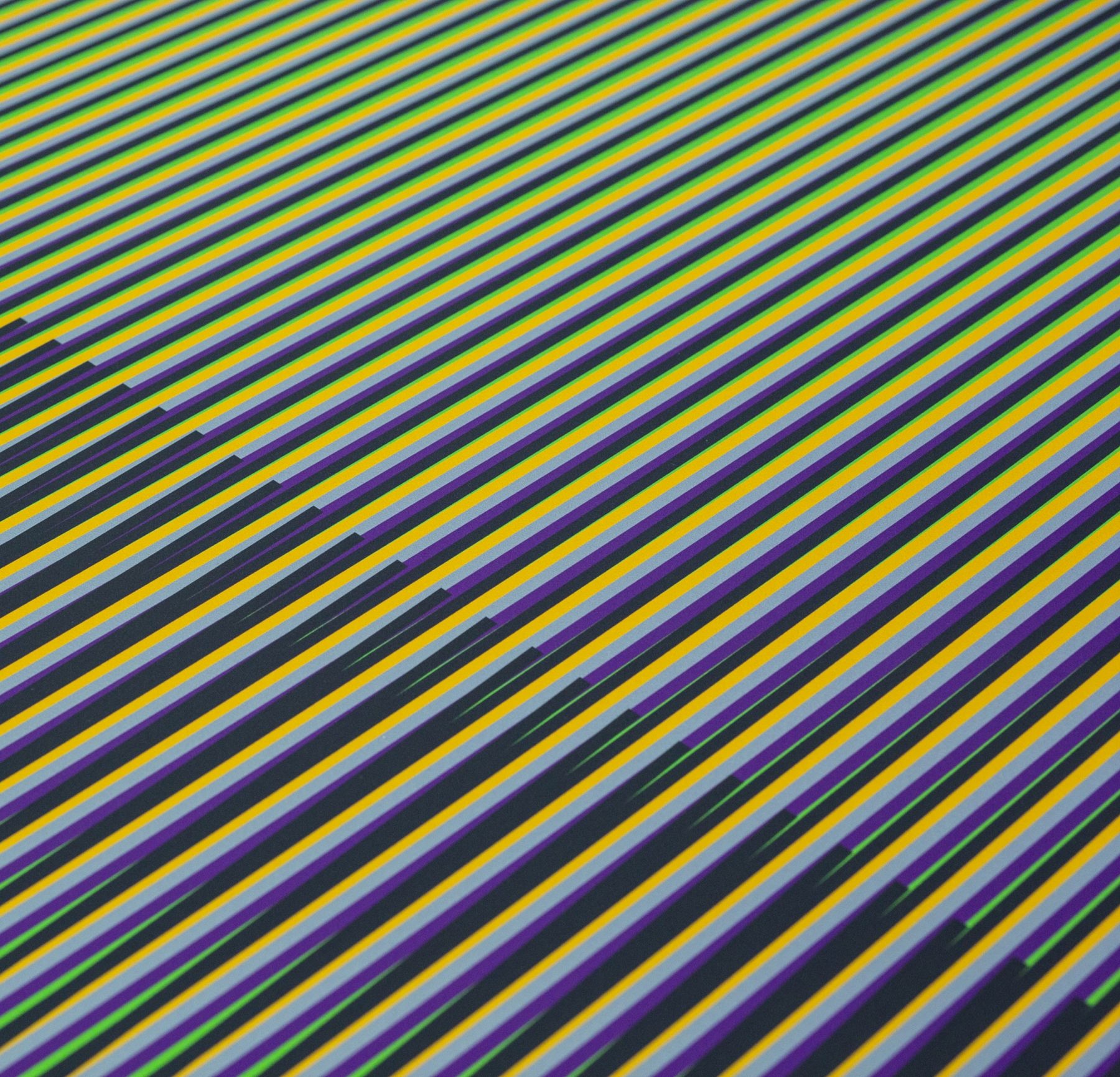 These works are closely related to the phenomenon of post-image, which is also known as the retinal persistence effect. A complementary or induced color appears when we stare at a color plane, red for example, for a few seconds and then look away. At that point we see a green plane, which is an induced color, in this case the complementary version of red. This phenomenon consists of two stages that occur separately, one after the other. But Inductions Chromatiques capture and reproduce both of them at the same time. Cruz-Diez explains that he noticed the induced color effect when he was superimposing several color patterns placed at different angles. When he printed a blue pattern and a black pattern on a white background, a pale yellow also appeared. He had managed to capture, all at once, the phenomenon that, in Newton’s experiment, could only be observed in two sequential stages.

“The bi-dimensional work has allowed to me to research, try out and develop the concepts that have structured my chromatic speech." 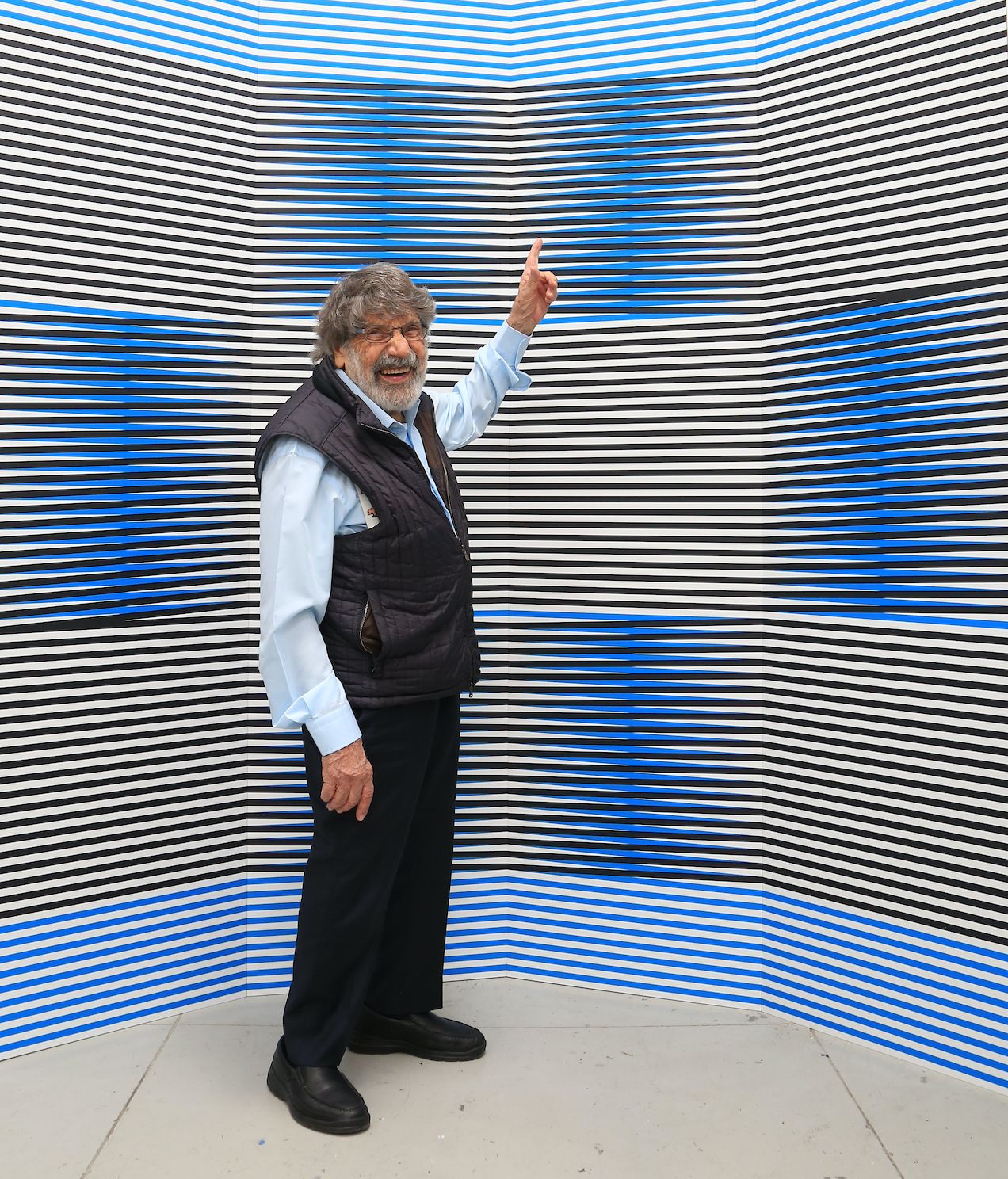